On the last week of December 2017, we had an unplanned trip to Gothenburg. It was a simultaneous one which needed less than a week to prepare. This is new as usually we plan a trip way too far from the D day 😅. We were previously uncertain about having a trip for the year end. Mostly because we were kinda broke after the long trip on August-October. Haha. Also because we were about to move to a new place by the end of the month. We thought that even if we wanted to go somewhere, it was gonna be on early January when things would already be settled.

But then, Zaki said he desperately needed a break from his work, Hayya was having a winter break already, and every one I know was traveling 😄 so we thought the time couldn’t be more perfect. Soon I started to calculate this and that to make itinerary in a short time. Zaki said he wanted an easy trip. The one that didn’t require so much adventure like we normally had :D. He just wanted to relax and escape from his routine. I came up with some ideas. I proposed Prague (because we heard that it’s so beautiful), Jordan (because we have good friends whose families live there), Aarhus (because we wanted to pay a visit to some friends) and somewhere in Sweden (because it’s easier, cheaper, and less hassle).

As I had predicted Zaki chose the latter 😀 so we decided to go to Gothenburg (or Göteborg in Swedish), the second largest city in Sweden. We had never really been there before except for a short transit so it’s worth to visit. But of course it was hard to get a good deal in a short time during the peak season. We were lucky enough to get reasonable prices for the accommodation and transportation. Also, since we travelled on December, we could still use the Göteborg City Card which give us free transport, free admissions, coupons, discounts and other advantages. This card was really beneficial and it was only valid until December 2017. If we kept our previous plan to travel on January 2018, we would spend much more money for local transport and entrance tickets. Phew!

Unlike our previous trips within Sweden which were mostly by train, we went to Gothenburg by Flixbus, a low cost bus travel that has services throughout Europe. The tickets were 1/4 cheaper than train so we couldn’t resist the temptation. Ha! Besides, we wanted to try the service to know if we could use it for other (and further) trips in the future. It has toilet, reclining seat, wifi, CO2 Compensation, accessible pick up and drop off location, and the duration was only one hour longer than train, so we thought it was a good option. Turned out it was fine. I didn’t have anything particular to complain about. Except the fact that the wifi wasn’t strong enough to play Spotify and made me regret my decision not to bring any book to read 😕. But in general, it was quite good. 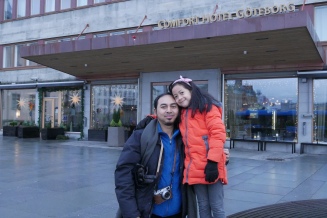 We arrived at around 6pm at the Nils Ericson Terminal (in the same area with Gothenburg Central) and dragged our luggages to Comfort Hotel Göteborg where we stayed. We know that it’s a recommended hotel from the reviews in Booking.com, but we didn’t know that it was really a good deal. The location is just perfect. The tram, bus and ferry stop are literally next to the hotel. The city centre is within walking distance. And it also has one of the top restaurants in the city: OGBG (which we ended up didn’t try because we were running out of time, arghhhh!). The breakfast was tasty, the staffs were helpful and they even have a collaborative program with UNICEF for less fortunate kids which you could join by simply use the towels more than once and keep the room clean by yourself, so they can save the money (for laundry and cleaning) and donate them via UNICEF.

After unloading our luggages, we then went to the city centre to have a dinner with our Indonesian friends who live in Gothenburg. Strolled down the city area of Gothenburg, my thought went back to the days when we traveled to Melbourne, Australia. I, somehow, found that the two cities share quite a similar ambience. Maybe because of the trams. Maybe because of the beat of the city which is dynamic but not as hurry as Stockholm/Sydney. Or maybe because it’s wet and cold just like Melbourne on winter 😄.

Gothenburg definitely has its typical characteristics as a big city such as busy road, open-till-late places, plenty tourist attractions and so on. As we didn’t want to have a rush visit, we decided to go to only two places maximum each day. So after we went to the tourist information centre in Nordstan, we spent the whole second day in Gothenburg by visiting Universeum and Liseberg. Universeum is a 7 levels museum that has plenty collections such as the rainforest (with its real humidity and temperature 😀 ), technology centre, ocean zone, and many more, while Liseberg is an amusement park for everyone where you can have rides, games and so on. These two places are good options for family with kid as they have many attractions for both young and adult. And the entrance tickets were already included in the Göteborg City Card so mommy was super happy! 😎 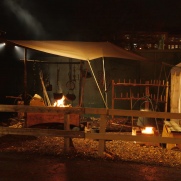 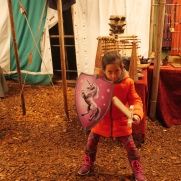 On our third day, we visited the southern archipelago of Gothenburg, especially the island of Styrsö. We took the tram from Brunnsparken in front of Nordstan to Saltholmen then took a ferry from there. It was raining when we arrived in the island but the view was really beautiful. We strolled around the area, had a short bushwalking and got back to the city where we stopped at Haga. Haga is a shopping area packed with cafes and concept shops. You cannot not shop here 😌. Then we closed the day by having dinner in Saigon Food, a famous Asian restaurant in Gothenburg. It even has a huge Asian supermarket in it. I am impressed! 😆 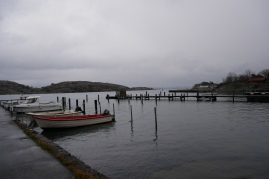 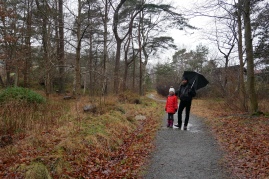 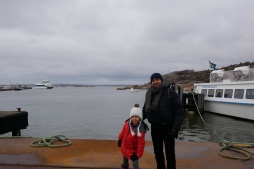 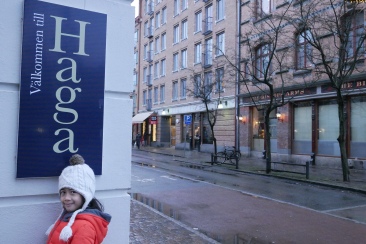 The next day after checked out, we went to Lindholmen to see the Hasselblad headquarter. Hasselblad is a Swedish camera brand which was used by NASA for the Apollo 11 program to the moon. This brand is a high end camera with superfine technology (and so pricey of course). But, since Zaki is so camera obsessed 😁✌🏼, he definitely wanted to see the place. Then, we caught a bus to Gothenburg Museum of Art (which is also the location of Hasselblad Centre) and enjoy its temporary exhibition and permanent collections.

Long story short, we had a really good time in Gothenburg. And we were coming home to Lund with refreshed minds and souls, UNTIL, we realised that we only had two days left to the moving day. Oh well. This was what they called: “After holiday, comes reality” 🤦🏻‍♀️💆🏻‍♀️

One thought on “Four Days and Three Nights in Gothenburg”