Just like any other capital city in the world, Stockholm has what a capital could offer: the dynamic, the excitement, the access and the availability. The city itself is very hectic with people commute here and there every minute. But, unlike other capital cities, which tend to be polluted, Stockholm is awarded as the cleanest capital city on Earth (source). This makes traveling in Stockholm is physically and mentally refreshing 😊 .

In Stockholm, you will never run out of idea how to spend the day. Even when the weather is surprisingly weird (for example sleet on May, yes, May! 😅 ), there is always something to do or somewhere to go in Stockholm. And indeed, my 4 days stay there went by in a glance. So, here are the places we managed to visit during our stay in Stockholm:

Located on the island Djurgården in Stockholm, Skansen is the first open air museum (a museum that exhibits collections of buildings and artifacts out-of-doors) and zoo in Sweden. This place is perfect for family outing as you can spend the whole day here learning about Swedish culture and history, petting the Scandinavian animals, having a picnic or even having elk meat for lunch (and that’s exactly what we did 😁 ) 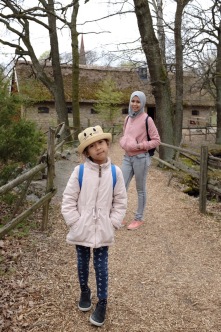 Moderna Museet is one of Europe’s leading museums of modern and contemporary art (even Andy Warhol had his first solo museum exhibition in Europe in this museum). With collections from prominent artists like Picasso, Matisse, Dalí, and Marina Abramović, it is definitely a recommended museum for art lovers. 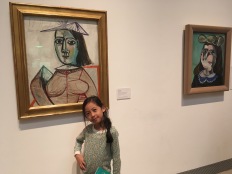 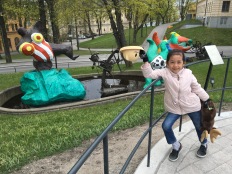 It is a maritime museum located on the same island with Skansen. The museum displays the only almost fully intact 17th century ship that has ever been recovered: Vasa. Vasa is a war ship that capsized and sank in Stockholm in 1628 and salvaged after 333 years on the seabed. The story about Vasa is the story of pride and failure as the ship failed to sail (only 1.300 meters and no farther) due to its faulty design. But there’s a silver lining of it of course, as the note in the museum says: “If Vasa didn’t fail, we wouldn’t have Vasa today.” I think it’s true because if Vasa made it to her maiden voyage hundreds years ago, what left now would be only the story about it not the actual ship. 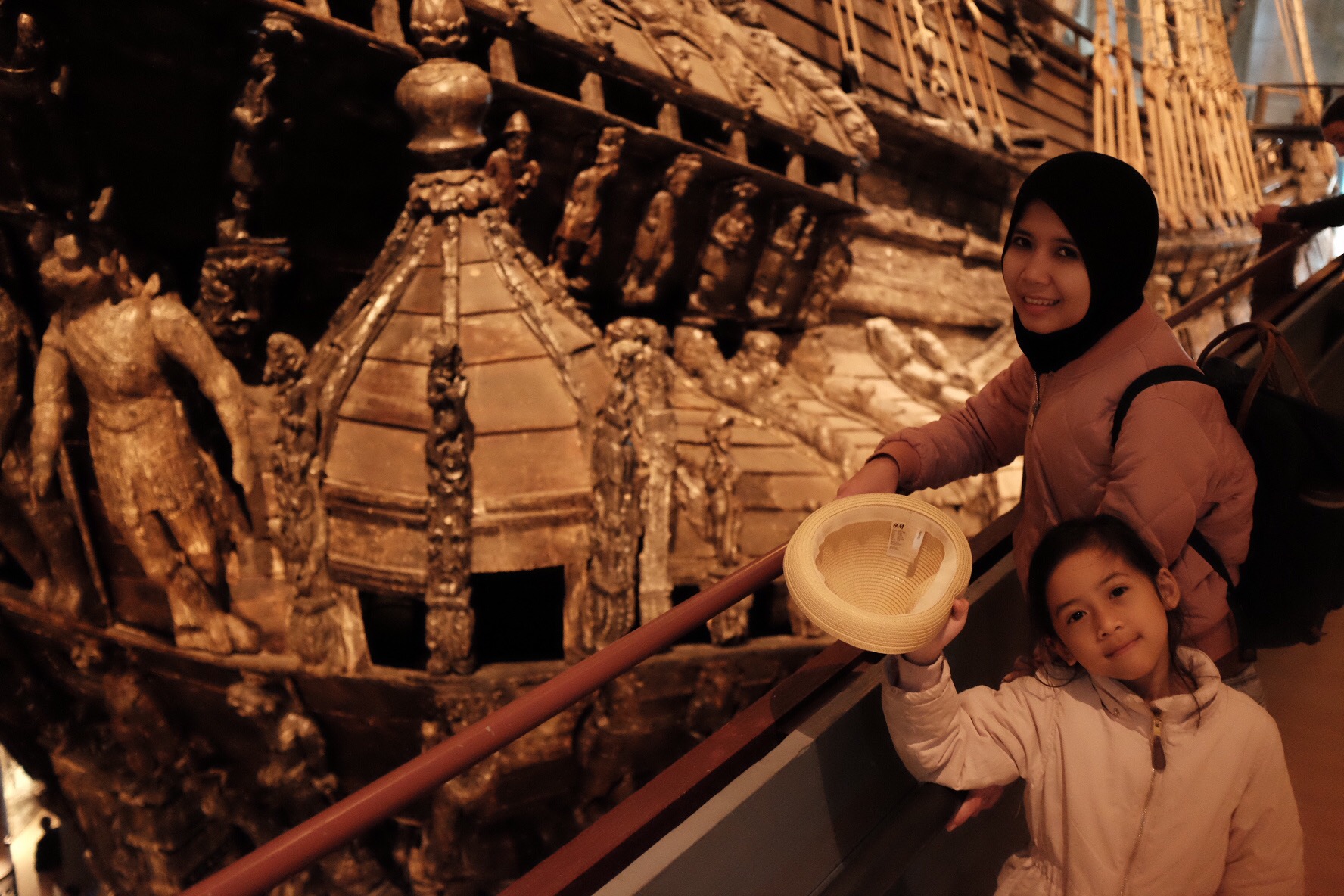 Gamla Stan is the old town in Stockholm famous for its scenic lanes and cobblestone streets. It is one of the largest and best-preserved medieval city centers in Europe. This is where Stockholm was founded in 1252. Gamla Stan is also popular with aficionados of handicrafts, curios and souvenirs. Even now cellar vaults and frescoes from the Middle Ages can be found behind the visible facades (source). 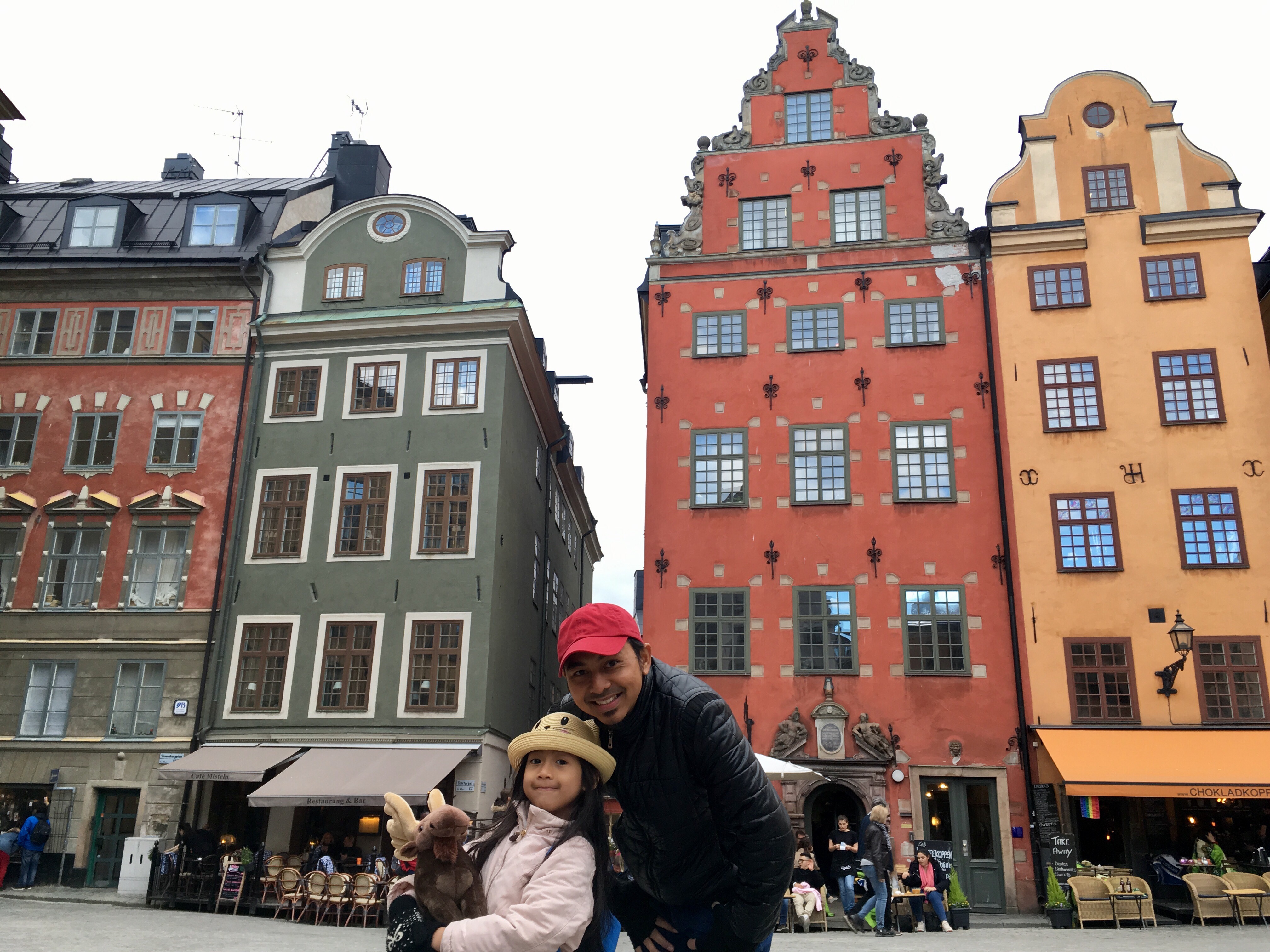 The Drottningholm Palace is the private residence of the Swedish royal family located in Drottningholm, on the island Lovön (But of course we didn’t meet the royal family when we were there 😅 ). It was originally built in the late 16th century and is the most well preserved royal castle in Sweden. At the same time, the palace is also representative of all European architecture for the period because it features magnificent salons from the seventeenth, eighteenth and nineteenth centuries, a beautiful park, a unique palace theatre and a Chinese Pavilion. No wonder the palace is on UNESCO’s World Heritage list. (source) 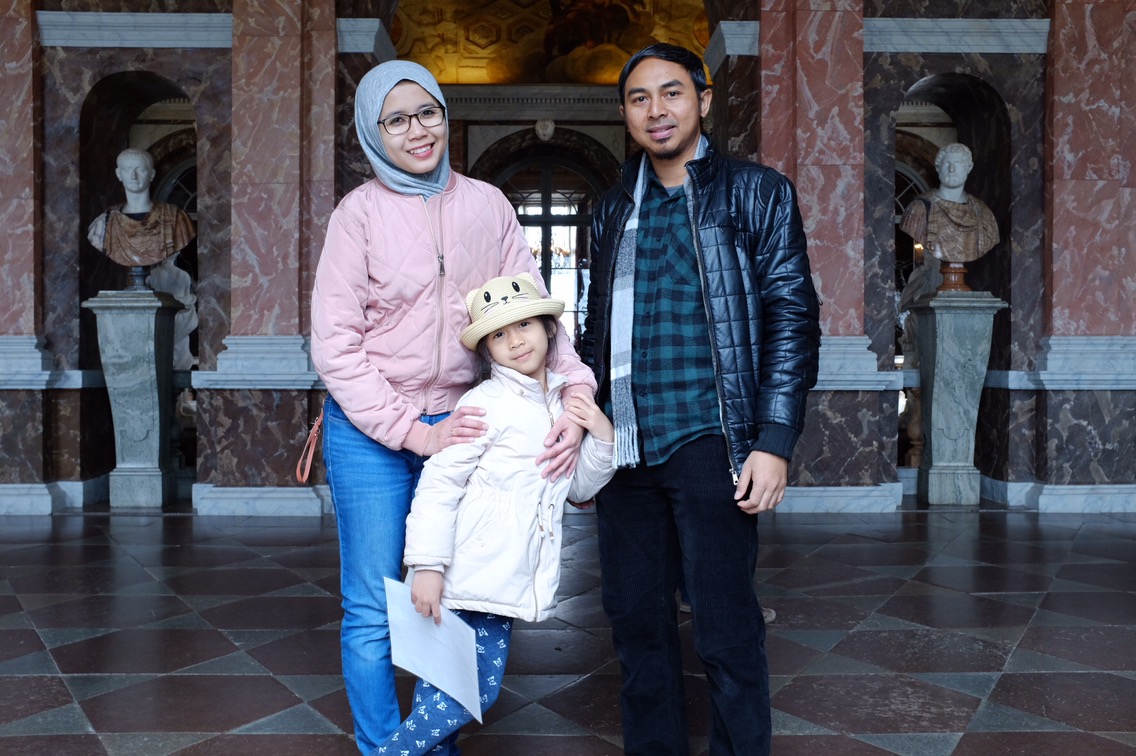 Want to go to the “coolest” neighbourhood in Europe (according to Vogue), go to Södermalm. The vibe here is indeed relaxed, creative and trendy. In Södermalm, you will easily meet hipsters dress in unique and stylish fashions, as if the city lane was their catwalk. This neighborhood also offers a myriad of vintage stores, eclectic shops, Swedish fashion, galleries and design stores, mixed with an abundance of places to eat and drink. So attractive.

If you want to experience something fancy, go to Östermalm where exclusive Scandinavian and international brands, like Prada, Burberry, Gucci, Marc Jacobs etc are scattered around the area. Even if you’re not really into brands, or window-shopping is just your favourite pastime ( like me 😉 ), this area still deserves an afternoon stroll. 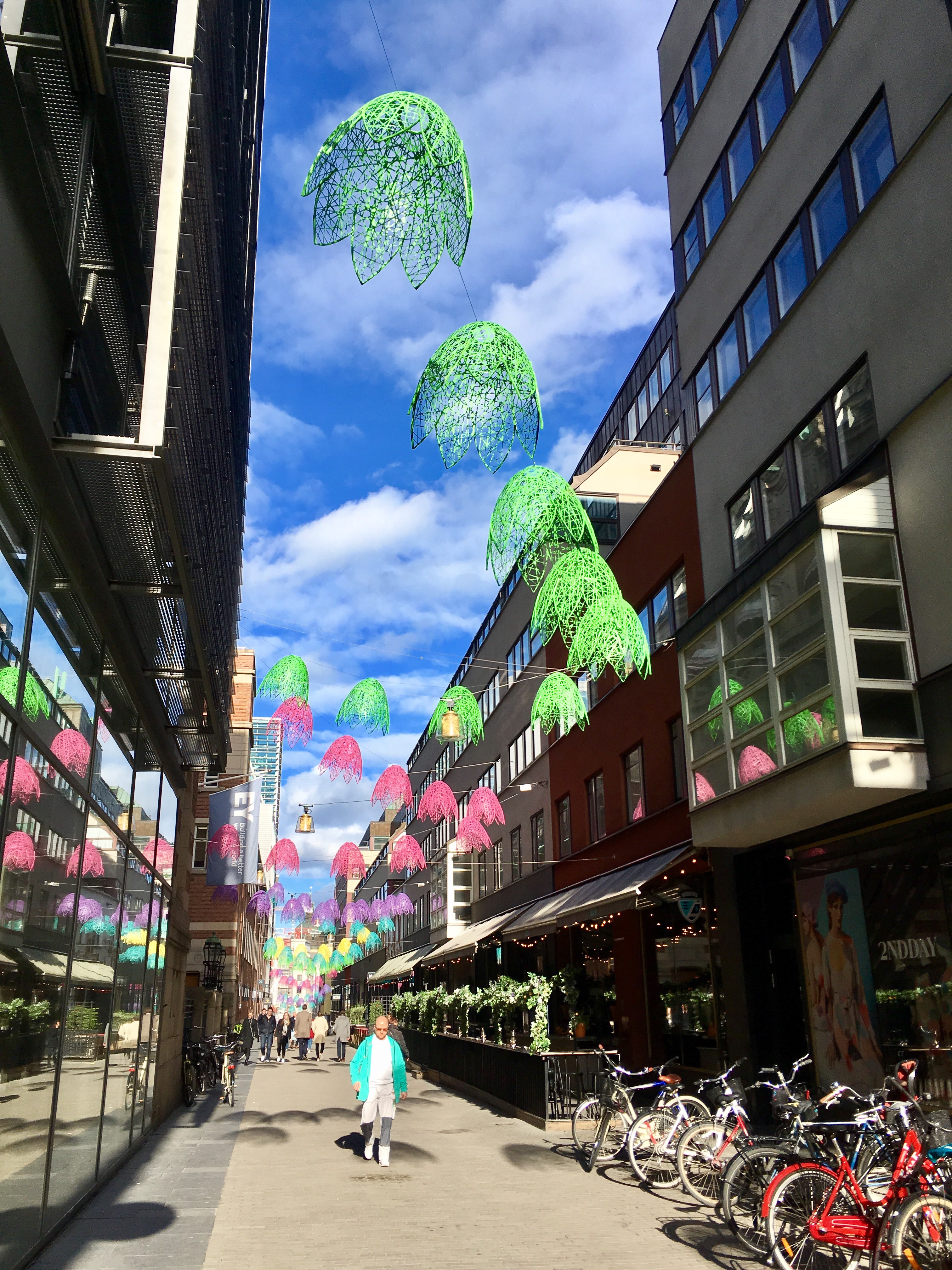 Visiting Stockholm in Spring wouldn’t be complete without enjoying the soft pink cherry blossom at Kungsträdgården, a park in central Stockholm, Sweden. Colloquially known as Kungsan, the park is one of the most popular hangouts and meeting places in Stockholm. Too bad, when we were there, the cherry blossoms weren’t that blooming anymore (we were around a week late from the peak time). But the view was still okay and we spent few hours watching giant chess game in the park 😁 . 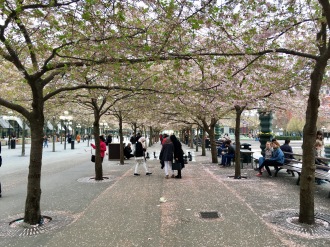 As a cake lover, of course I wouldn’t miss a place that sells traditional Swedish pastries in superior quality. So, we went to Vete Katten, one of the most well preserved and tradition-packed coffee shops in Stockholm. Vete Katten was founded in 1928 and claims to carry the torch for a long Swedish baking tradition. I must admit that their pastries are really good. We tried the Budapest cake and Prinsesstårta and my mouth is still watering just to think about them now 😋😋 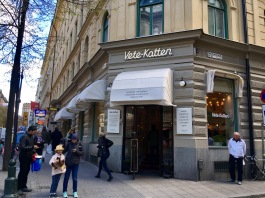 Despite the fact that everything in Stockholm is just super expensive (also its idea of spring that consists of ice and snow 😪), this city has a lot of charms to offer. Would love to come back there again one day, sooner or later 🙂 .

One response to “When in Stockholm”