As the year-end is approaching, I would like to use this blog post as a medium of reflection. A look back to where it all started three years ago. This month in 2016, I moved to Sweden from my home country. Time has passed by and many things have happened ever since, including having an additional member in the family. So it just feels right to see how it was and how it has been as a newbie living in Sweden.

And here are some random facts about Sweden that I learnt during my first three years of living in the country:

Sweden is a good place to raise kid

From free education to nearly free healthcare, Sweden is one of a few places I can think of when it comes to a “family friendly” country. Yes, the system is bit frustrating sometimes and requires lots of things to do—filling out forms, queuing, making calls to name a few. But once you got in, the safety net is always there.

Sweden also seems to care about and is willing to take part in children development. One tiny example is when my baby turned 6 months old, she received a free choice book from Lund’s state library. From what I understand, it’s a part of the program to encourage reading and literacy (such important skills for kids to have indeed).

Apart from those, generous parental leave, celebrated equality and recognition of universal values are the things that Sweden offers. And those are the list I would love to tick as a parent. Anyway, read more about the rights as parents in Sweden here.

Sweden has no tourism slogan

I used to be a volunteer in a non-profit tourism organisation in Lund so I once did an internet “research” on tourism in Sweden. That’s when I bumped into this site. When other countries come up with Wonderful Indonesia, There’s Nothing Like Australia, or Inspired by Iceland to market their respective countries as destination, Sweden has none.

I think this has to do with the character of lagom (putting everything in the middle), so it’s not in the nature of Sweden to overly promote their country, even for tourism purposes 😀 . Sweden, though, has promotional videos under the project Stories from Sweden that are not only interesting but also inspirational. You can watch them here.

Sweden is fond of nature

This can be sensed in almost every aspect of everyday life. From the right to roam or the right of public access (Allemansrätten in Swedish), the wide-ranging availability of Ekologisk or organic product, and the attempts to keep everything as green as possible, Sweden is, I dare to say, one of a few countries that tries its best to put nature first before anything else.

Sweden is a DIY country

Everyone knows that Sweden is famous for Scandinavian designs, characterised by its simplicity, minimalism and functionality. According to Wikipedia, it’s actually a “movement that emerged in the early 20th century, and subsequently flourished in the 1950s throughout the five Nordic countries”.

But the movement doesn’t stop there. Lately, there has been a trend in “do it yourself” activities.

I met a young lady in the hallway to our communal laundry room the other day when she was building something and blocking the way. Naturally I asked what she’s making. To my surprise she said “a bed frame.” For a moment I was stunned. I mean, wouldn’t it be much easier to just go to one of those home furniture stores and get one?

Apparently, more and more people in Sweden think that buying is one thing, but making is the ultimate achievement.

And actually, in less sophisticated level, here in Sweden, we are encouraged to do most stuff by ourselves, at least to assemble furniture. That’s why my friend once joked, IKEA is not for the rich, but for the smart 😀 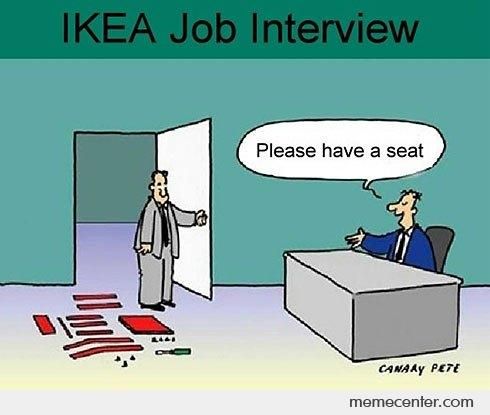 So, what about you? What do you learn about Sweden so far?

*originally published for The Newbie Guide to Sweden on December 21, 2019