Despite its petite size, Lund is the home for many interesting regular events. From January to December, there are always some things going on in Lund. I put a compilation of events in Lund below so you can mark your calendar and plan everything in advance as Swedes do ☺

This is a race for all ages that has been organised since 1982 and is claimed as the largest exercise race in Skåne. Join more than a thousand runners in this annual event. Lundaloppet has three races: 850 metres for kids, 5 kilometres and 10 kilometres. It is like a running party in Lund’s IP where organisations set up their booths and provide foods, playground and even face painting.

Lundakarnevalen is one of the biggest events in Lund that only held every once in four years (quadrennial). It is arranged by the students of Lund and it transforms the city into an area filled with festivities in tents and stages. Also, there is the most awaited carnival parade marching through the streets of Lund.

The first Lundakarnevalen was arranged in 1849 and has since loved by many. People are come from outside Lund to see this event due to its historic story and the fun it offers. On last year event, I met an old lady who came from central part of Sweden just to watch the carnival despite her illness. She said that she didn’t want to miss one of the best times in Lund.

However, since the last Lundakarnevalen was just held in 2018, we still have 3 more years to wait ☺. 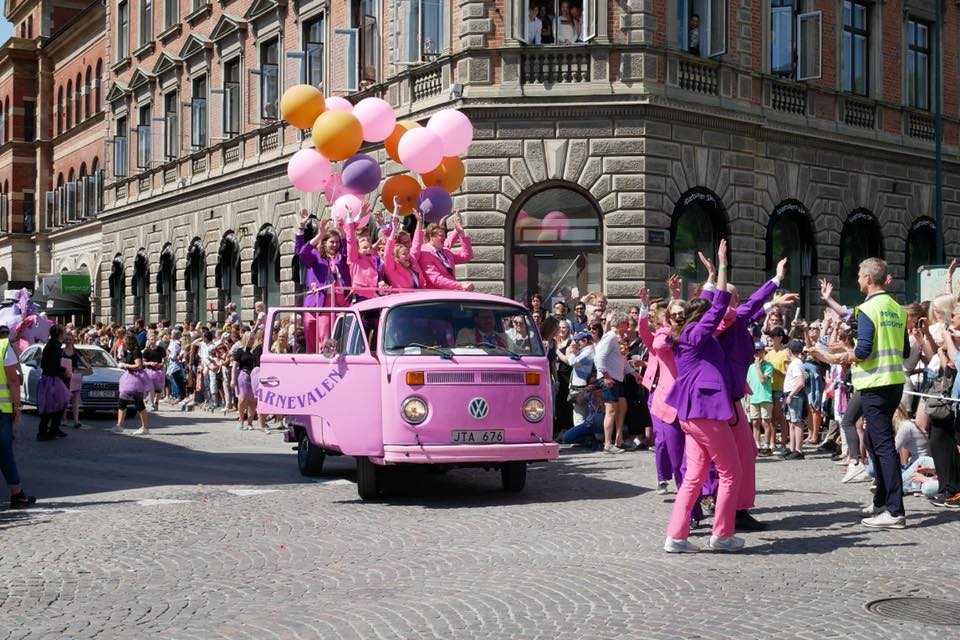 Believed as Sweden’s most fun festival, Lund Comedy Festival offers humour in any forms range from stand up comedy, improvisation, music, sketch, to talk show. This event is usually joined by over a hundred artists both international and national. The event also accommodates popular artists as well as new talents. Don’t miss it!

It’s an international festival run by The Raoul Wallenberg Institute of Human Rights and Humanitarian Law since 2016. The festival is held in Kino with programs including films screenings and talks/discussions. All films are in English language or English subtitles.

Born in 2005, Litteralund is Sweden’s largest festival for children’s and youth literature. It’s like literacy festival as it gives opportunities for children and young people to read, write and create. Although the focus of the festival is literature,  it also includes theater, music, film and dance.

Kulturnatten is a culture event created by and for Lund’s Residents. There are many associations and organisations involved in this event, including the university. Traditionally, it takes place on the third Saturday in September and is filled with activities from morning until late night. This year, the event will kick off on September 21.

Held for the first time in 1985, visitors are given the opportunity to experience everything from music, dance, science shows, crafts, exhibitions, guided tours, and so on. My favourite from last year event is the laser show held by The Physics & Lasershow Lund University.

How to welcome spring in Sweden? In Lund, one of the possible answers is by singing ☺ .

And that what the event is about. Lunds Studentsångare hälsar våren is an event when a male choir perform in Lund University House staircase on May 1. This annual event is broadcasted nationally and joined by both active singers and veterans of the Lund Student Song Association.

Usually held around May or June, Kalvinknatet is the race where everyone up to grade 4 is welcome to participate. The distance ranges from 400 to 1500 m depending on the kids age. In this event, the participants receive medal, T-shirt and chocolate milk from Skånemejerier. No wonder it’s really popular among kids 🙂

*Originally published for The Newbie Guide to Sweden