This morning, right after I took Hayya to school and Zaki left for work, I sat in front of my computer, was ready to continue writing a serial for a magazine in Indonesia. I had this feeling that everything would go smoothly.

I opened my file, sipped my coffee, turned on the music and I was pretty much in a good mood. But then, for hours I was just sitting there in blank, barely able to write anything. As if all the ideas were suddenly disappeared. Vanished in the air. I kept scrolling up and down but made no progress. Well, I did some grammar checks, but really, it was one of that famous writer’s block moments.

It wasn’t my first time, of course, to experience such thing. Ever since I was a young writer, writer’s block has always been there, hanging above the brain cloud and usually comes just before the deadline 😀 .

People say, the best way to “cure” writer’s block is by writing about the writer’s block itself. I don’t know about it but I think when we experience a writer’s block, there’s no point in forcing ourself to write. We couldn’t force inspiration after all.

So, instead of staring at my computer with zero result, I browsed the internet and found these hilarious memes which depict my life as a writer too well! 😀

It’s all started with this: 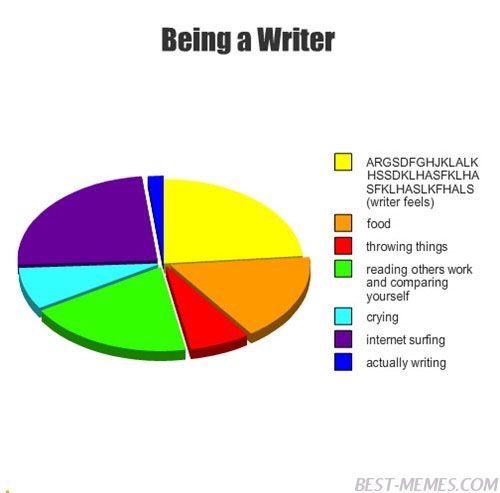 Then followed with these: 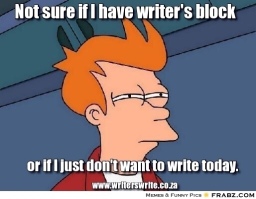 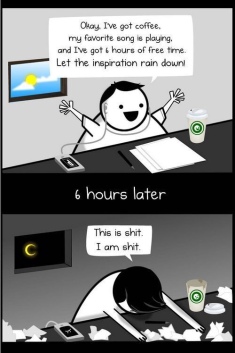 This one couldn’t be more true:

And these two are my most favourite! Haha. 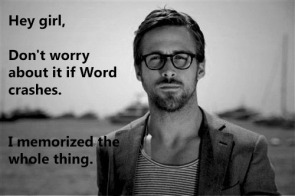 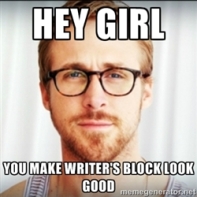 Now, after drowning in the meme pool for quite some times, has the writer’s block gone? Not even close. Last time I checked, it’s still there! 😀