Story and Illustration by Hayya Habibi

Milla and Mayana were playing outside before school when few minutes later their parents said:

It was time for school so they ran to the car and went to school.

When they arrived at school, it was still early so they had time to play before the line up. Milla and Mayana saw a new girl so they asked: “What’s your name?”

Then they all played together.

But, Mayana was suddenly disappeared when they were playing hide and seek at the schoolyard. Milla and Alua searched here and there but Mayana was nowhere to see. Then, Alua saw colourful beads were scattered here and there in the ground, heading to certain direction. They noticed that the beads were from Mayana’s necklace. So they followed the beads. 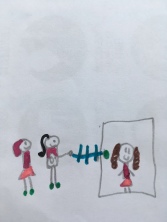 The beads led them to a hidden park and they saw a bad girl locked Mayana in a cage. Milla and Alua hid in the bushes and waited the bad girl to leave. When she left, they tried to help Mayana out of the cage. Alua had a stick that fitted in the keyhole so she opened the cage and saved Mayana. 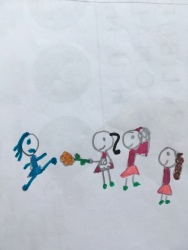 But before they could escape, the bad girl was back. Alua changed the beads to a magic wand and froze the girl into ice statue.

They all pushed the statue to the bus stop and waited for the bus to come. They got inside the bus with the statue and went to the statue museum, where they got off and put the statue there. After that, they went back to school and it was time for line up. 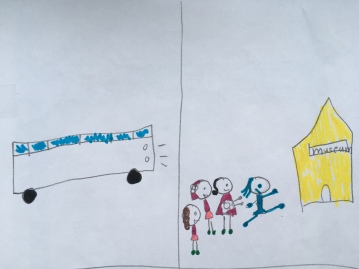 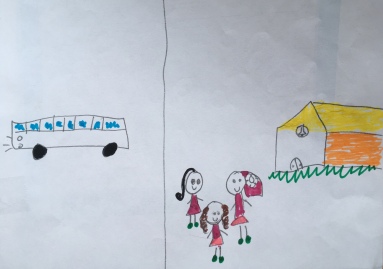