Zaki asked me the other day, what things I am still passionate about lately. I gave him three answers, and among those, the first and most definite one was writing. Later I realised that writing is actually the only thing I consistently do since I was still in the elementary school. Though I must admit, I never had any chance to work on it properly.

Part of it was because it seemed like being a writer was less prestigious than being a doctor, or a teacher, or an astronaut, or an architect, or any other profession in this world. And it was just so hard to keep your passion when everyone around you didn’t take it really seriously. In my case, I found it was hard for me not to be tempted with the idea of being “somebody”. And the general definition of “somebody” in Indonesia is anything but freelance, including writing. Most people will consider it as merely a hobby.

I got some people who supported my passion, in different ways, though. My dad used to take me to his school library so I spent most of my childhood drowning into books and that’s how book became one of my obsessions (there’s a story about it here). My mom gave me a diary so I had something to write on. And there was a teacher in my junior high school who once asked me to join a writing competition. I didn’t join the competition at the end (because I wasn’t sure what to write and bit lazy, to be honest) but he was one of the few people who made me feel that I can write. Somehow. Someday.

I always want to write something ever since. A story. A poem. An essay. Anything. To see my book in a bookstore, to read my story in a magazine or newspaper, were my long-forgotten dreams.

Then I joined a student magazine in my senior high school, and ended up taking communication studies for my bachelor. Maybe because my subconsciousness knew that somehow it had something to do with writing. I mean I once wanted to be a journalist so I would have to write news eventually. It was also during my bachelor (and later during my master degree as well) that I wrote for student’s newsletter, newspaper, magazine, and website.

But I didn’t have enough guts to stay on the track. By the time I almost finished my bachelor degree, the sparks of the academic world tempted me. I thought that it was like a win-win solution for me and the so-called social construction. By being a lecturer, I can meet the expectation of a proper job and still write. And I was right. But it came with a price. I mean, it was not easy for me to work full time and write freelance at the same time. I felt like I didn’t do my best. I was always occupied with academic works and found myself struggling to shift from academic writing to non-academic writing, especially fiction. Though I managed to publish some stories and even books during those times, I felt like, I should (and could) have done it better.

But, really, maybe it is a restart button. Maybe it’s a reroute.

Because it is after I resigned from my position, that I actually have more time to write and get more of my stories published. It is after I didn’t work full time anymore that I could accept, completely, my call as a writer.

I know I’m not making a lot of money. I know I am not doing rocket science or something. But for some reasons, I feel satisfied. And happy. And free. I am finally able to do what I want to do for a long time. And this time, in some proper ways.

Besides, everything seems to fall into places right now. I had written ten short stories, both in English and Indonesian, in the last eleven months. I managed to publish two of them (and more to come if God permits). I’m now writing articles for a website based in Stockholm. And I’m currently working on my first solo short story anthology.

Don’t get me wrong, I’m not saying that I wasn’t happy with my previous career. I was truly happy. For me, being a lecturer was one of the precious moments I ever had in my life. Despite all the ups and downs, I got to admit that I enjoyed, very much, the times I had from the moment I started my academic career as a teaching assistant in 2007 until the day when I resigned last year. I’m not saying that I will forever leave the academic journey either. In fact, I would not mind to do a PhD if I had a chance one day. But for now, I just want to focus on my writing career. I don’t know why. Maybe because deep inside, I feel better when I’m writing. 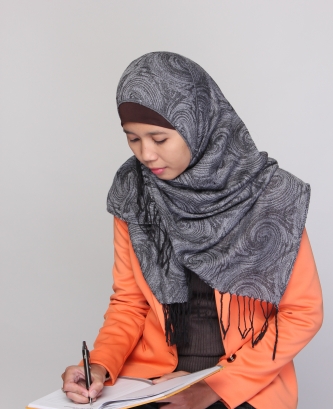 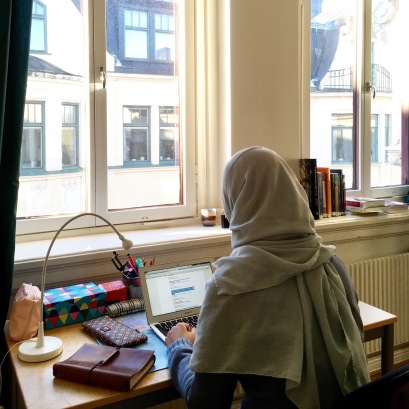