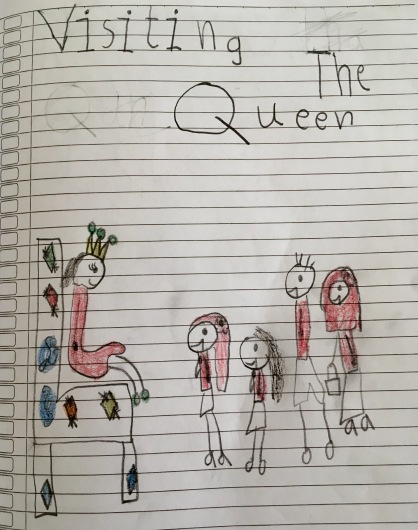 Story and Illustration by Hayya Habibi

One fine morning, Milla and Mayana played football in their backyard. They loved playing football. When they were playing, they saw a letter falling in the ground. They picked it up and went inside the house. They told their mom and dad about it. Their parents opened the letter and read it for a minute. Milla and Mayana were so curious so they asked: “Who is the letter from?”. Her dad said: “It’s from the Queen!” Milla and Mayana were so surprised. They were so happy to know that they’d been invited to visit the queen in her castle. The next morning they put their luggages in the car and went to the airport. 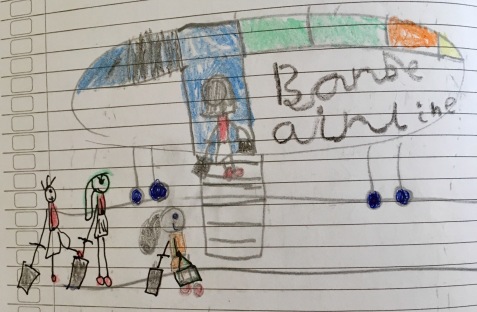 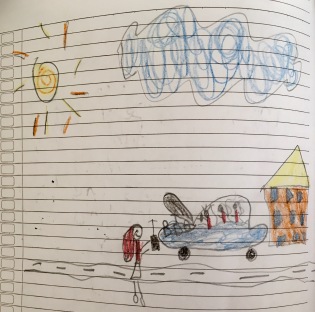 In the airport they were waiting in the waiting room until it was time for boarding. Milla and Mayana went inside the plane. They were super excited to meet the queen. In the plane, they ate lunch. Milla had sausage with rice and Mayana had egg with fried rice. After had her lunch finished, Milla asked her mom: “Where are we going to meet the Queen?” Her mom said: “In Paris”. 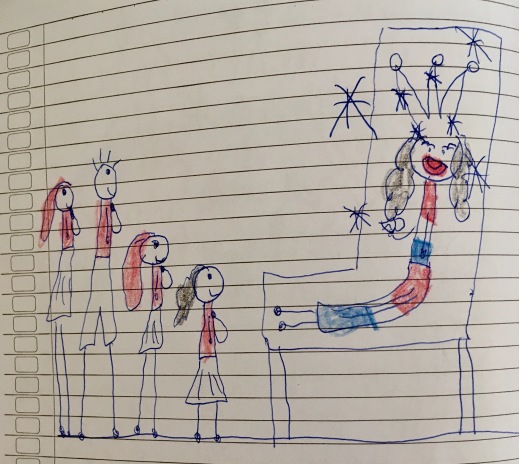 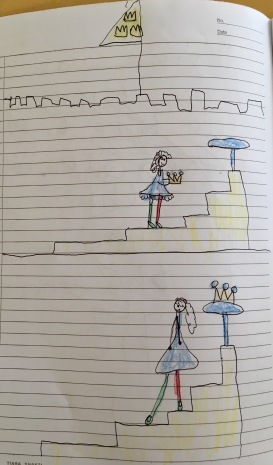 Then, the Queen took Milla and Mayana around the castle and showed some of her collections. The first thing Milla saw was the Queen’s dress. The second thing was the Queen’s jewel. They were all very beautiful. When the tour ended, the Queen went upstair to take her crown. But, the crown was not there. The Queen ran quickly and told Milla and Mayana about it. She asked Milla, Mayana and their parents to come with her to the upstair room. When they arrived, Milla heard a funny noise. It was from the window. They looked out the window and saw two robbers ran away with the crown on their hands. 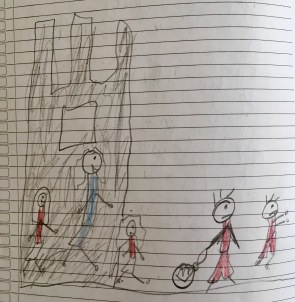 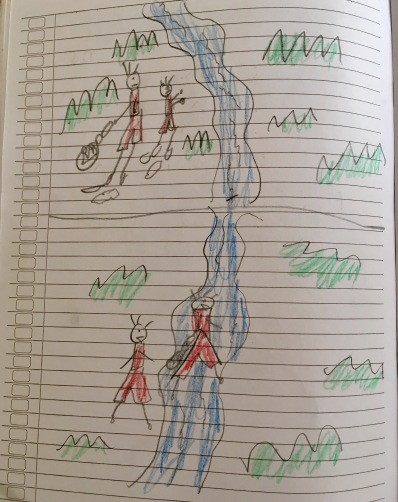 The Queen asked Milla and Mayana’s parents to stay in the castle to make sure the robbers didn’t take anything else, while she and the girls went downstair quickly and chased the robbers. The robbers ran faster but then there was a river on their way. Both of the robbers tried to jump over the river. But, the river was too wide so they fell in the river and accidentally dropped the crown to the ground. Milla, the Queen, and Mayana jumped to the other side and took the crown. The robbers ran away before they caught them. “It’s okay,” said the Queen. “As long as we get the crown back,” she added. So they went back to the castle. Then, it was time to go home so Milla and Mayana said “good bye” to the queen and went back to the hotel. They both were tired but very happy. On their way back Milla and Mayana said to their parents: “Mom, Dad, I think it’s one of the best days ever.”

Life as a Picture Taker

“Book, Craft and Vintage Suitcase” is the tittle of @habibizaki publication in Continuum Journal. Book, football and traveling are among other things that bind us together 😄 #tillsammans #thehabibis #theunsettledfamily #ourswedendiary #oureuropediary #familyoffour #familyportrait #traveling #winter2020
Missing this beauty already. Kungsleden (King's Trail) is Sweden’s longest and most famous hiking trail, approximately 440 kilometres long, between Abisko in the north and Hemavan in the south. We only did a short walk to Abiskojåkka Canyon but the view was already breathtaking. I slipped on the icy ground twice (well, hiking while carrying a toddler is not that easy 😅) but it didn’t bother me at all, thanks to this lovely sight. #kungsleden #kingstrail #abisko #wheninabisko #hikingtrail #visitabisko #northernsweden #swedishnature #abiskokungsleden #ourswedendiary #oureuropediary
Down under ☑️ Up North Arctic Circle ☑️ Let’s go East, West, and Middle then @habibizaki 💙 #duetsepanjanghayat #chasingthetwilight #laketorneträsk #abisko #visitabisko #abiskoöstra #wheninabisko #travelingpartner #husbandandwife #ourswedendiary #arcticcircle

Life as a Traveller Mommy 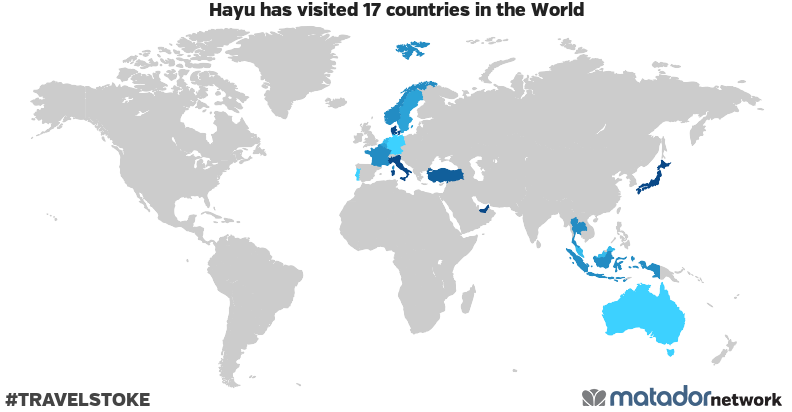 Me on Social Media