I can read AlQuran but I don’t speak Arabic: My life as an Indonesian Moslem living far from home 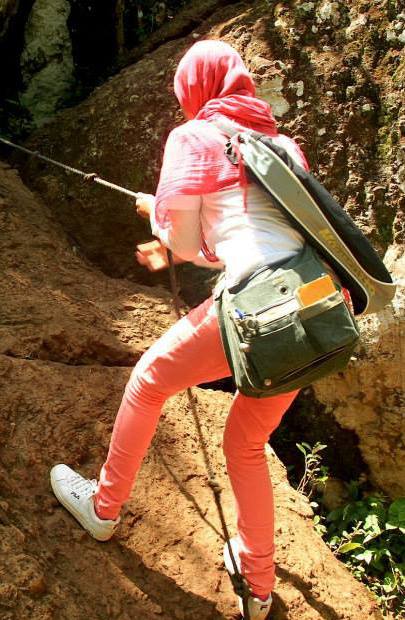 As a woman with a headscarf, people can tell my religion based on my appearance. This won’t cause any problem, of course, if we live in a world free from assumptions, judgments and prejudice. But sadly, we don’t. So every time I walk, wherever I go, or whatever I do, I carry the identity of Muslim woman with me. As if, I’m a representation of all the women who have same faith with me. Or that I belong to certain group of Muslim. However, I must say that I’m not. I’m not even sure which group I belong to. I only know that I am with those who believe that Islam is a peaceful religion and that anyone who isn’t my brother/sister in religion is my brother/sister as human being.

When living far from home, like now, sometimes I need to deal with several assumptions about myself due to my distinctive appearance. I’m not saying that the assumptions are all bad. I’m just writing them here to clarify, because most of their assumptions are false. So here is the recap:

Fact: I don’t speak Arabic. I can read AlQuran, which is in Arabic of course. I understand the meaning of the verses and I can pick up some words but I don’t speak Arabic as fluent as people assume. The fact is, most Muslim in Indonesia learn the Arabic alphabet/letters to read and understand AlQuran not to be able to speak Arabic. But in Sweden, because there are lot of immigrants coming from the Middle East, sometimes people here assume or expect me to speak in Arabic. There’s even a lady who spoke to me in Farsi the other day and all I could say was: “I’m sorry, I don’t understand, I’m sorry”. Poor me 😀

Fact: Not true. I met my husband in the university and after 3 years of relationship we decided to get married (yes, of course we asked for blessings from our parents but it was our choice not an obligation). So, the only arranger in our marriage is the God himself.

Fact: If you mean emotionally, maybe it’s true. Haha. I mean I would love to have him with me all the time. But, it doesn’t mean that I’m not allowed to do the things on my own. I can go wherever I want with or without him. Of course I need to tell him where or with whom I go otherwise he wouldn’t know if I get lost or something. I think it’s just a matter of being a partner: that you should communicate and be truthful to each other.

Fact: VERY UNTRUE! Oh come on, how can I pro of a group that terrorizes, murders, rapes and destroys innocent lives while claiming to hold the same belief as me? It does not make sense. In Islam, our guidance of life is based on AlQuran, Hadith (one of various reports describing the words, actions, or habits of prophet Muhammad) and Ijtihad (critical thinking and independent judgment). Our pillars are Shahada (Faith), Shalat (Prayer), Zakāt (Charity), Sawm (Fasting) and Hajj (Pilgrimage to Mecca). None of those includes flaming war! This quote from Leeds Uni Union Islamic Society really describes my position “Islam teaches us that all life is equally sacred. We’re all children of Adam and Eve! As Prophet Muhammad said, killing a life is like killing the whole of mankind, and saving a life is like saving the whole of mankind. Believe me, we want peace just as much as you.”

Fact: I, myself, think that I’m a feminist depending on which branch of feminism you are using. I believe that man and woman should be treated with equal respect and equity. If you’re wondering is it possible to be a Muslim and a feminist? Well, for me, considering that the Quran includes an entire chapter dedicated to women, and given that heaven lies under the feet of the mother who deserves our utmost respect, and the fact that in Prophet Muhammad’s final sermon before his death he addressed treating women with dignity and respect, of course it is possible to be a Muslim feminist (Leeds Uni Union Islamic Society).

Again, I’m not representing all Muslim women here (oh please, even a representation is never 100% precise). This is a very personal thought and stance. People are different. Even people with the same faith. I know it’s your right to make assumptions about me. But instead of drowning in your own assumptions, why don’t you just ask me and I’ll give you my reality. Remember, assume is nothing, verify is everything!